A Groundbreaking New Film on the Criminal Injustice System in America

"Defender" is a feature length film about the critical role that public defenders play in fighting for racial and social justice in America.  The film takes viewers on a personal and intense tour through the underbelly of the criminal injustice system, seen through the eyes of SF Public Defender Jeff Adachi, who is one of the nation’s few elected public defenders.  Adachi tells the story of how public defenders came to be, and why they play a critical role as the watchdogs of a system that over-incarcerates people of color and poor people. 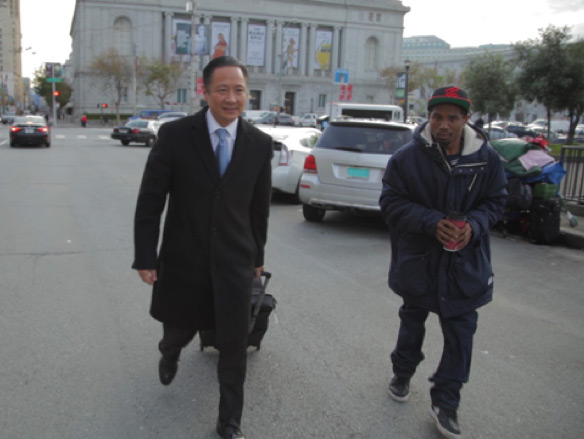 Adachi represents a young African American man who is charged with assaulting police officers after being falsely accused of a crime in a case with racial overtones. In this era of mass incarceration and police shootings of young African American men, how do we, as a society, grapple with the issues of racism and implicit bias in policing and its consequences for those who question police authority?

The film also follows the Public Defender's public battle to allow his office to represent immigrants in deportation proceedings in post-Trump America. Over 1,000 immigrants in the San Francisco immigration court are detained without lawyers; Adachi and other city leaders mobilize the community to support an initiative to provide public defenders to poor immigrants and their families.